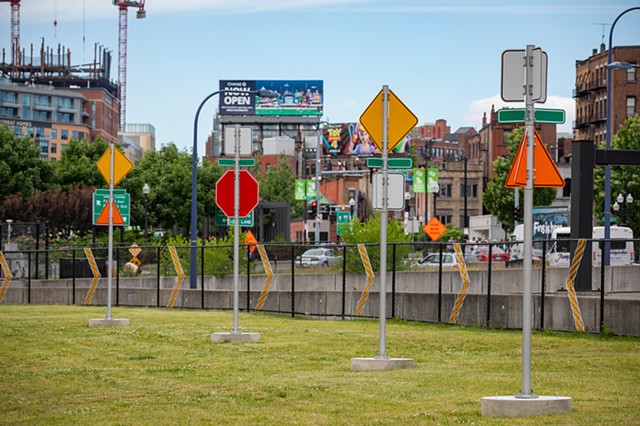 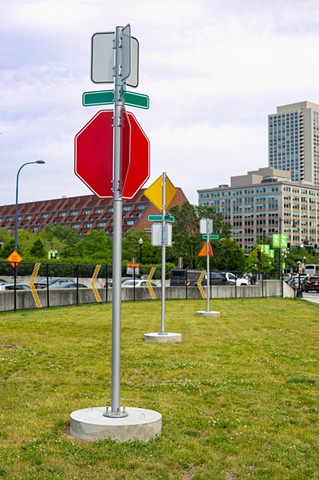 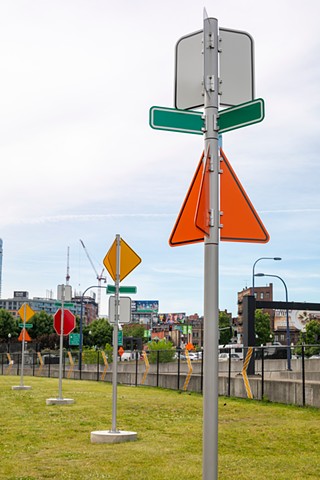 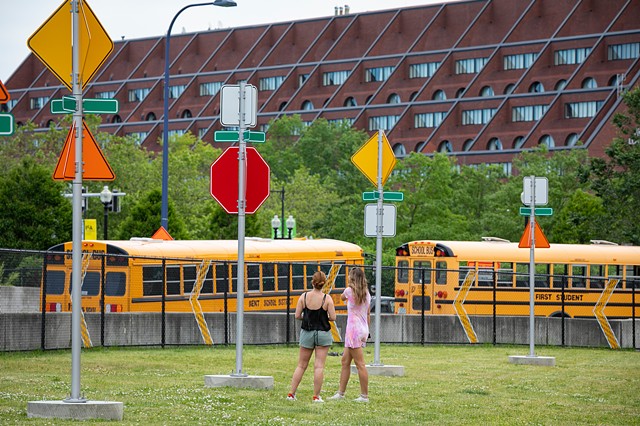 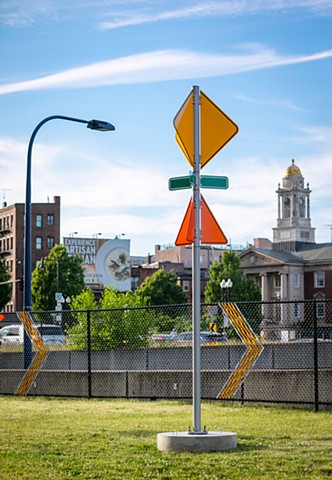 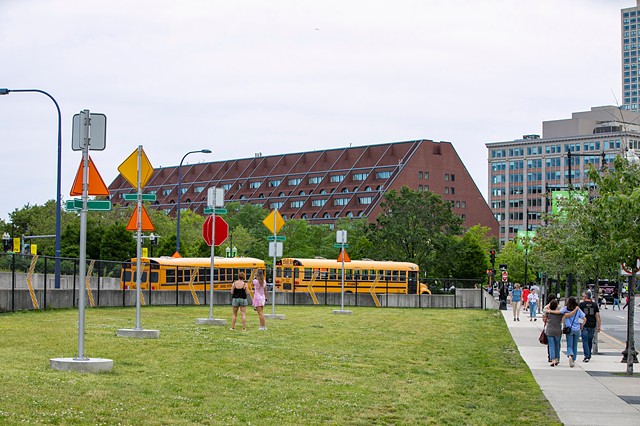 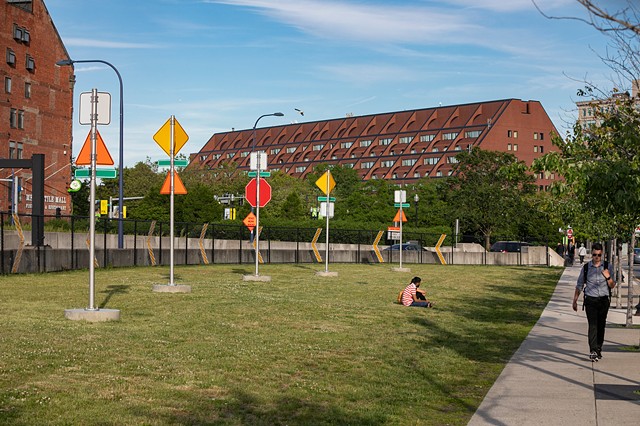 No Direction was commissioned by the Rose Kennedy Greenway Conservancy in Boston, as part of The Auto Show, in celebration of the tenth anniversary of the Big Dig. Curated by Lucas Cowan, The Auto Show is temporary public art group exhibition of works that intersect the culture of the car, including works by Erwin Wurm, Karl Unnasch, Super A, Chris Labrooy, Elliot Kayser and others. The Big Dig replaced a stacked freeway with a tunnel and was of the longest running and most expensive infrastructure projects in the country. The Greenway Conservancy, which is the roof of the tunnel, has created a botanical natural greenbelt that engages public and cultural spaces throughout downtown Boston.